« How Can I Freeze My Child’s Credit? | Main | How Do I Estate Plan for a Child with Special Needs? »

What If I Divide My Wealth Unequally Among My Kids?

“Most of us would like to be remembered for who we were, not what we had. If you have any assets that you’ve accumulated during your lifetime that you plan to leave behind, it’s on you to figure out who gets what.”

What and how you leave your wealth can be a hard decision, if you have more than one child. This is particularly true, if your kids’ circumstances are dramatically different or you’re much closer to one than another. The easiest solution might be to split whatever you have equally among them. However, is equal the same thing as fair? 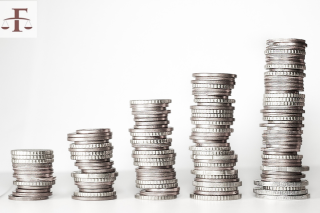 Ladders.com’s recent article, “More parents are leaving unequal inheritances to their adult kids” says that a growing number of parents say that answer is a resounding “no.”

According to a new study from Merrill Lynch Bank of America/Age Wave, responding parents with more than one child who are planning to leave an inheritance, are okay leaving different sums to each child, based on the situation. In fact, the research showed that 67% of Americans think that under certain circumstances, an uneven split is just fine.

Other studies have showed the same trend. A 2015 study by IZA Institute for Labor Economics, based on data from a large government study, found that among Americans at least 50 years old who had a will, the percentage who left unequal inheritances to their children had more than doubled from 16% in 1995 to 35% in 2010. However, an unequal division can generate ugly sibling fights, jealousy and meltdowns.

An Ameriprise survey found that among siblings who fought about money as adults, 70% of the fights involved issues with parents, like how the inheritance gets divided. If you go with unequal inheritances, you need to manage expectations, so you don’t have one sibling blaming another or you.

There are many reasons why parents consider another option. In the Merrill Lynch Bank of America/Age Wave study, nearly one in four of respondents said a child who has children of her own, deserves more money than a child who doesn’t have kids. About 66% said that a child who steps in as primary caregiver for an aging parent, deserves to inherit more than other siblings. A total of 40% of participants with blended families, say they should treat stepchildren the same as biological or adopted children.

Because of the potential different circumstances of each child, you may want to give one child the money outright, and with the other, you may want to put it in a trust. The reason for doing this is to protect the child, not to punish them. If a child struggles with addiction or overspending, a trust makes certain that she has access to the money, but the trustee has control over its disbursement. In some cases, parents may also be concerned that a child’s marriage may be in trouble or feel uneasy about their son- or daughter-in-law.

Regardless of how you decide to distribute your assets, if you feel you have a sound rationale for not dividing it equally, tell the children what you’re doing and why. Explaining this is very important to help avoid misunderstandings and misperceptions.

Likewise, if you think a trust is best for one child, you may use a trust for all of them to avoid hurt feelings and anger among the siblings, after you’re gone.