« How Do I Get My Mom’s Affairs in Order? | Main | Your Will Isn’t the End of Your Estate Planning »

Must I File Taxes When My Dad Dies? 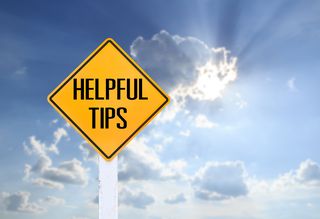 Generally, when someone passes away, the final individual federal and state tax return must be prepared and filed in the same way as when they were alive, says nj.com, in the recent article, “What tax returns need to be filed after someone dies?”

All of the income starting at the beginning of the year up to the individual’s date of death, must be reported on the tax return. All of the tax deductions and tax credits that the person was entitled to may be claimed. This final return is typically filed by the surviving spouse or by the executor of the individual’s estate.

The final return can be either electronically filed or filed on paper. The tax preparer should also be sure to write “deceased” after the taxpayer’s name and include the date of death, so that the IRS knows that this will be the last individual return filed.

However, at the death of a taxpayer, a new taxpaying entity—the taxpayer’s estate—is automatically created to make certain that no taxable income escapes review by the IRS. Income that’s earned during the tax year, up to the date of the person’s death, is reported on the final individual tax return, and any earnings after that date are taxable to the decedent’s estate. Earned income of the estate is any income for which the decedent was entitled to during the year that occurred after the date of death. This could include any dividends or interest from stock or bond investments held in the decedent’s name that was collected between the date of death and the end of the calendar year.

In addition, beneficiaries of assets paid directly to them outside of probate, like IRAs already in distribution mode or life insurance policies, may be subject to what is called “income in respect of a decedent,” or IRD. Two things must apply for this to occur: (i) the asset earns interest before the balance is transferred or paid to the beneficiaries; and (ii) the interest isn’t reported on the deceased taxpayer’s final tax return. If both of these occur, then beneficiaries are responsible for reporting IRD on their own tax returns.

The deceased father’s estate may then also need to file returns, so talk to an estate planning attorney to be certain that everything is correct.

This is only a preview. Your comment has not yet been posted.

The letters and numbers you entered did not match the image. Please try again.

As a final step before posting your comment, enter the letters and numbers you see in the image below. This prevents automated programs from posting comments.

Having trouble reading this image? View an alternate.

Comments are moderated, and will not appear until the author has approved them.

(Name is required. Email address will not be displayed with the comment.)