How Do I Plan for End-of-Life Measures for a Loved One?

“This is a sad reminder that families who don’t agree on end-of-life measures can cause friction and additional grief, at a time when unity should be a primary concern.” 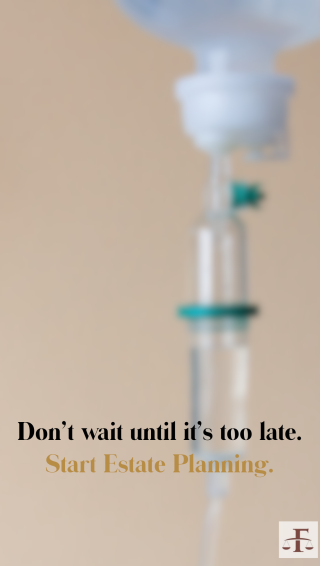 It’s not that uncommon for a senior to injure himself in the regular course of living at home as he ages. A broken hip will mean a stay at the hospital. In many cases, a senior recovering from a broken hip in the hospital will be released to a nursing home. Sometimes, things can take a downward turn. The elderly are susceptible to other illnesses, and often just being in a care facility, even the best ones, can expose an already vulnerable patient to other illnesses, like pneumonia or a staph infection.

When more than one family member shares power of attorney, says The Grand Forks Herald’s recent article, “Joint power of attorney complicated this couple's wishes,” there can be emotional stresses that result from differing opinions about care.

In one situation, the wife alerted her adult stepchildren about her husband’s condition in a health crisis. He had been hospitalized for a broken hip, then released to a nursing home, where he developed pneumonia.

While she initially hoped that their arrival would be a comfort, the children had their own idea about what was best for their father. They basically took control of the situation and negated their father’s health care documents. They had him sent back to the hospital, thinking that would be best for his overall health.

Arriving at the hospital, the woman reported that her husband was weaker from the transfer and confused about why he was back in the hospital.

The children shared power of attorney, which was set up so that both the wife and the children could make decisions about the man’s medical care. The wife was troubled by the children’s insistence that he needed to return to the hospital. The children felt that his care at the nursing home was inadequate.

It’s hard to know what may motivate the stepchildren here, but an attorney who specializes in estate or elder law is the best resource for people when making decisions, while setting up powers of attorney. An attorney may not have advised that the wife and stepchildren share this decision-making power. Even when the intentions are good, sometimes its best when only one person is in charge.

Estates can be complex when there are adult children and a second marriage—even when the relationships are good.

It would have been better had the father spoken with his children beforehand to explain his overall wishes about his care, so that there would be less discord in the decision-making process. The treating physician might have been asked to speak with the children and explain the impact that a transfer would have on an already injured and ill person. In most cases nursing homes are just as able to treat pneumonia as a hospital, and it would have spared him the trauma of the move.

Handling end-of life measures is tricky and the input from an experienced estate planning attorney can prove invaluable.