« Why Did a Rock Star Sign a Will Days Before He Drowned? | Main | What’s the Latest with Aretha Franklin’s Estate? »

Does TV Mogul Sumner Redstone Have the Mental Capacity to Change his Estate Plan?

“The ugly public legal battle over Sumner Redstone's estate plans has come to an end, as a Los Angeles judge on Wednesday ruled the 95-year-old mogul had the mental capacity necessary to amend his trust in 2015 and 2016.” 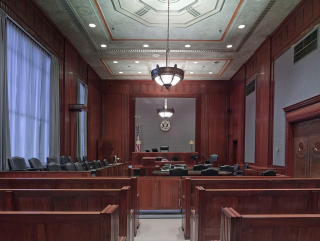 The decision on TV mogul Sumner Redstone's estate plans, follows the settlement of litigation with his former companion Manuela Herzer.

The Hollywood Reporter explains, in the article “Sumner Redstone Had Capacity to Change Estate Plan, Judge Rules,” that after Herzer was thrown out of Redstone's mansion and removed as the person in control of his health care directive in 2015, she sued and claimed he didn’t possess the mental capacity to make decisions for himself and his business.

The fight included allegations of elder abuse against Herzer and claims that his daughter Shari Redstone was manipulating her father, which have now been resolved. Herzer agreed to repay the $3.25 million she received in gifts and to state that she has no decision-making power concerning Redstone.

"Mr. Redstone had sufficient capacity to execute the Fortieth Amendment to and Restatement of the Sumner M. Redstone 2003 Trust dated July 23, 2003, and the Forty-First Partial Amendment thereto on their respective dates of execution, October 16, 2015, and May 20, 2016," writes Cowan, adding the changes "were not the product of undue influence, fraud, duress or mistake."

Judge Cowan’s decision is no guarantee that there won't be further disputes over what happens to the billionaire's estate after he dies, but it does lend support to Redstone in weathering future challenges. This is particularly important, because a guardian ad litem was appointed by the court in December to ensure that the proceedings were in Redstone's best interest.

“After three years of litigation, Mr. Redstone is grateful for today’s court confirmation of his capacity to execute his estate plan, and of his free will in doing so," his lawyer Gabrielle Vidal said in a statement to The Hollywood Reporter.