« Is There a Market for My Long-Term Care Insurance Policy? | Main | What Should I Be Doing 10 Years Before Retirement? »

Did the Queen of Soul Leave a Will? 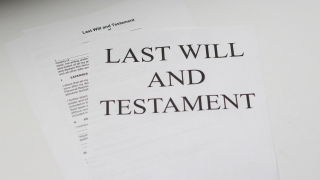 “Three handwritten wills have been found in one of the homes of the late Queen of Soul Aretha Franklin, all with a theme of providing for her four sons and even commentary involving others she felt were insincere or ‘grossly inefficient,’ according to the documents.”

Legendary vocalist Aretha Franklin passed away last August of pancreatic cancer. It was believed that she died intestate—without a will, even though she was survived by four adult sons.

The Detroit News’s recent article, “Handwritten wills found in Aretha Franklin home favor her four sons” reports that three handwritten wills have been discovered in one of her homes.

These documents suggest that Aretha had been considering what she wanted to leave to her heirs, if indeed the wills are found to have been written in her hand. Two of the wills discovered in a locked cabinet were dated 2010, eight years prior to her death.

Legal documents were filed by attorneys David J. Bennett and Kevin M. Check, who were hired by the personal representative of the estate, Franklin’s niece, Sabrina Garrett Owens. Bennett has been Franklin's lawyer for more than 40 years.

According to the documents, Owens discovered a key to a locked cabinet that she previously couldn’t open. She found two holographic wills inside that were dated June 21, 2010 and October 20, 2010. Owens also found a spiral notebook with another purported holographic will dated March 31, 2014, under the cushions of a living room couch.

The court filing says that the heirs and their counsel “have been unable to reach a resolution with each other over the admission, validity and dispositive provisions of the purported Holographic Wills.”

Unlike traditional wills, the signing of holographic wills aren’t witnessed and are probated in several states, providing they’re authenticated by other means, such as by verifying the handwriting and the intended wishes they contain. Michigan recognizes holographic wills.

Owens has asked for direction from County Probate Judge Jennifer S. Callaghan on how to continue as personal representative in the matter. A hearing is scheduled for this summer.

“She remains neutral and wishes that all parties involved make wise choices on behalf of their mother, her rich legacy, the family and the Aretha Franklin estate,” a statement said of Garrett Owens, according to the Associated Press.

The new wills certainly add confusion to the probating of Franklin’s estate. The handwritten wills are hard to read and may be a bit embarrassing. If they were personally written by Franklin, some sections contain comments about relatives, attorneys, and even a “Ha, Ha, Ha” and “BS” when describing someone. In an another aside, she said that one attorney had been “grossly inefficient.”

Each document starts with “being in sound mind and physical health” pronouncement—one noted “with the exception of high blood pressure, a mass on the pancreas, diabetes …”

A common theme of these wills is that Aretha clearly wanted to care for her sons: she wanted her automobiles and property to be supervised by one son; and all of her artwork, copyrights, and future royalties from her music to be shared equally by all her boys. She also wanted them to have her personal papers, awards and gold records.

One statement said that she wanted two of her sons to “take business administration classes and get a certificate or degree.” She specifically directed that her grandchildren are also to be gifted.

The only dollar figure listed in the paperwork is a $1.6 million bank account. However, Aretha’s total worth from her various properties, jewelry, royalties and other assets have been estimated at roughly $80 million.