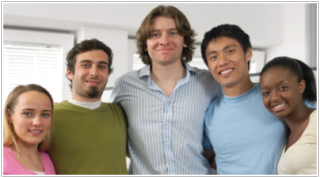 “Wells Fargo Investment Institute has advice for millennials, as they start to take a leading role in shaping the U.S. economy: start saving.”

The Wells Fargo Investment Institute's generational research report found that 41% of Americans between the ages of 17 and 35 have yet to begin saving for retirement. Many of these respondents blame it on their lack of disposable income.

CNBC recently posted an article, “Nearly half of millennials haven't starting saving for retirement.” The article explains that the median household income for millennials in our country is about $48,000. That number is about 20% less than Baby Boomers earned at the same stage in life, according to the report. It’s important to note that this lack of savings will have a significant impact on their futures.

One consequence is that people may be forced to delay retirement. The Wells Fargo researchers found that 50% of today's workers anticipate they’ll need to work until at least 70, because they won’t have enough saved for retirement.

The Wells Fargo Investment Institute report cites the Bureau of Labor Statistics, which indicates that wages are starting to rise. That is driving consumer discretionary spending. For example, millennials spend about $2,200 annually on travel. That amount is expected to go up, as the generation enters its higher-earning years. However, about 34% of millennials have student debt of at least $20,000. The report says that 75% of those who have debt, consider it to be unmanageable.

Millennials are bringing other changes to the markets. The research shows that the evolution of social media and the ease of global communication means younger generations will be more likely to invest overseas, especially to pursue social goals.

Baby boomers (ages 53 to 71) may also have to make some changes to their investments. Roughly 73% of baby boomers are investing for retirement, but many now think they may have to work a few extra years to have enough to retire comfortably. One consequence is that boomers may stay more involved in the stock market longer than in past generations.

While traditional wisdom has been for savers to shift from stocks to bonds as retirement approaches, "due to today's low interest rates and longer working lives, baby boomers may need to maintain a higher allocation to equities," the report said.

Baby boomers control more than 50% of the wealth in the U.S., but they will experience a big upswing in health care spending in both absolute terms and as a percentage of income.