« Healthcare Costs on the Rise for Retirees | Main | Texting Your Will » 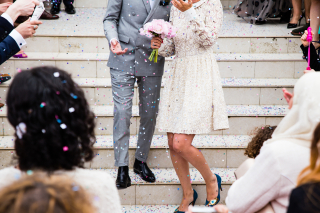 More millennials are delaying the exchanging of wedding vows until later in life. They are actually waiting much longer than previous generations.  However, they’re more likely to have careers, businesses and property. This makes them more protective of what they’ve built. Because of this notion, the dreaded prenuptial agreement is starting to lose its stigma.

For years, prenups have been a sticking point for couples who saw them as unromantic,  signaling a lack of trust or suggesting that one person is planning for the end of the marriage.

The Washington Post’s recent article, “Why you’re more likely to have a prenup than your parents were,” says that over time, the calculations for when and why two people should marry has changed. In the 1970s, about 80% of people had married by age 30, according to a U.S. census report. Last year, that same percentage wasn’t reached until age 45.

Millennials say it’s also important for them to be financially secure before they get married, according to a 2015 survey by Allstate and the National Journal. This sentiment increases the odds that when two people marry, they will each have a career or business they want to protect. Some couples are now leveraging prenups for each person to protect assets they’ve accumulated, as well as to protect future income.

There’s been an uptick in the number of young couples interested in prenups, and they’re talking to their fiancés about it. A 2016 survey from the American Academy of Matrimonial Lawyers showed that 62% of members saw an increase in the number of couples asking about prenups, compared to the previous three years. Fifty-one percent said they noticed more millennials asking for the agreements.

In the 1970s, when couples typically married younger, prenups were mainly used for estate-planning and usually when one partner had significantly more wealth or stood to inherit money. As young people now delay marriage until they are more financially secure, prenups are a way for partners to protect their assets and future income. In addition, prenups are a tool for dividing debt loads, especially student loan debt.

Despite these trends, some couples are still using prenups for more traditional reasons. These agreements still aren’t being considered by others who see them as the first step to a divorce. Speak with an experienced estate planning attorney, if you have questions about these agreements and how one may work in your situation.

Reference: Washington Post (August 4, 2017) “Why you’re more likely to have a prenup than your parents were”