What is Michael Jackson Worth Today? It Depends Who You Ask 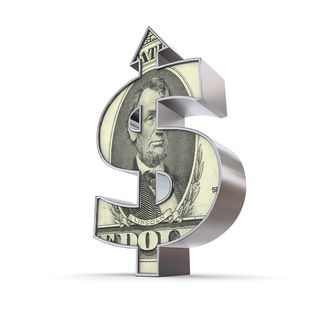 "How much was the King of Pop's name and image worth when he died? The estate says $2,105, but the IRS insists its value is more than $434 million."

Since his death in 2009 at age 50, Jackson has experienced a commercial rebirth—thanks to the sharp executors who have managed his assets. The documentary This Is It grossed $261 million. A Cirque du Soleil tribute show sells out in Las Vegas. Plus, money is made from albums, video games, and other lucrative memorials.

But now the IRS wants its share, arguing that the value of Jackson's name and image upon death amounted to more than $434 million. What did the estate say was the valuation? Just $2,105.

The Hollywood Reporter says in its recent article, "Michael Jackson Estate Faces Billion-Dollar Tax Court Battle," that with interest and penalties, lawyers estimate the case—which is scheduled for trial in 2017—could be worth more than $1 billion. Some tax specialists even wonder if there could be criminal tax evasion charges. The outcome could affect celebrity estate planning.

What matters most for tax purposes is the value of Jackson's name and likeness at the time of his death—not in the present day, after his executors have worked their magic.

Adam Streisand, a probate attorney who has worked with celebrity estates such as those of Ray Charles, Marlon Brando and Marilyn Monroe, thinks the IRS won't to be able to point to other celebrities' post-death earnings as part of the valuation process. But then again, this is the first time the IRS is pursuing estate taxes for name and likeness.

Ultimately, it's hard to know how something like the "Jim Croce effect"—referring to the singer who died in an airplane crash in 1973 and standing for the proposition that many entertainers are worth more dead than alive—will factor. A judge's valuation could center on what licensors were willing to pay to be associated with Jackson, not what he actually received in sponsorship and merchandise deals.

A California law gives celebrities posthumous rights to their names and images, which has been a boon to the spouses and children of these famous people. However, there have been ramifications—as are seen in the Jackson case. This statute codifies the concept that a celebrity's name and image is a property right like a house.