« What is Michael Jackson Worth Today? It Depends Who You Ask | Main | Yes, We Know: Prince Didn't Have a Will » 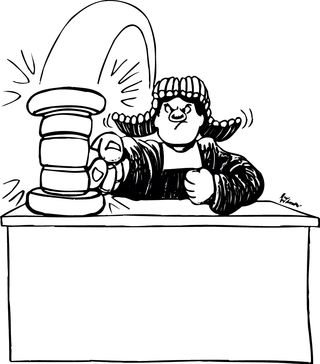 "Which former Chief Justice's simple one-page last will and testament was initially posthumously mocked by commenters for not explicitly dealing with estate taxes?"

Chief Justice Warren Burger died in 1995 and after the terms of the will were uncovered, its terms incurred ridicule for his failure to save his heirs taxes.

But the Chief had the last laugh. His lawyer responded that Burger's will, when given effect along with the terms of his previously deceased wife's will, created maximum tax savings.

Above the Law's April 26 post, "Think Supreme Court Justices Can't Estate Plan? Wrong," explained that when Chief Burger died, many who read his glowing obituaries almost didn't recognize the man they described. That's because, despite his many virtues, there were plenty of people whose overwhelming impression of Burger was of a man who was "pompous" and "arrogant." And for those people, it came as no surprise when many thought Burger had a fool for a client: himself.

The one-page "Last Will and Testament" that Burger personally typed was thought to be inadequate, especially for the nation's top jurist. It was believed that his poor estate planning would cost Burger's son and daughter more than $450,000 in taxes.

But the Chicago Tribune, after getting more facts, found the Chief to be a model for sensible estate planning. Burger and his wife, who died a year before he passed, did indeed consult with estate planning lawyers and took steps to minimize their tax liability. This was evident from Elvera Burger's will.

While a handwritten will that hasn't been witnessed may or may not be accepted in your state, the truth of the matter is that you don't want your heirs to have to find out at probate. Without a valid will, state laws will dictate where your property goes. The biggest risk with a self-drafted will is that the state may declare it invalid because of some technical issue.

Be safe and consult with an experienced estate planning attorney.